Member Of The Trick 04: The Flying Squirrel 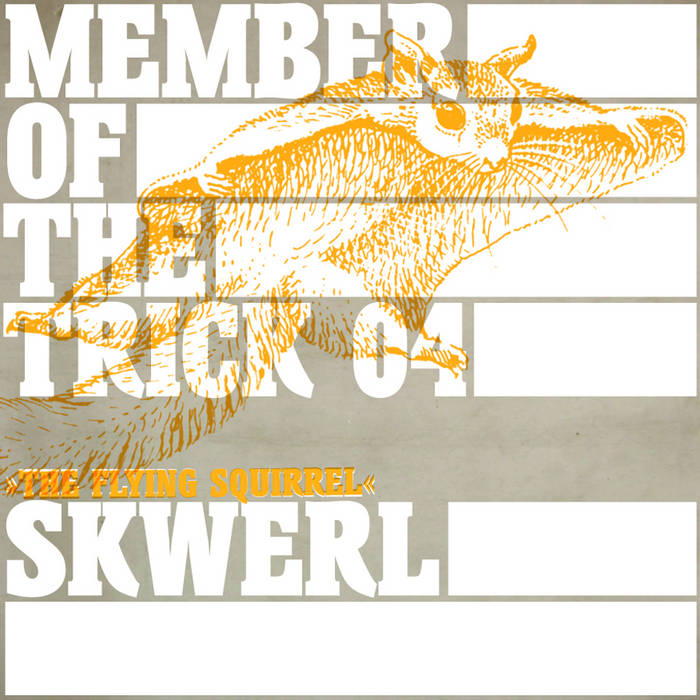 The legend goes – TRICKSKI while working on a top secret tribute to KLAUS NOMI at their luxurious silk and leather padded studios noticed a swift movement in the window. All that could be seen was a puffy tail disappearing out of sight. But something remained. An unlabeled CD-R which turned out to contain at least a dozen of the ballsy-est tracks the animal kingdom has to offer. The decision was made fairly quick to unleash the tracks upon the general public two by two since a larger number would only cause havoc and panic. An outlet was found in TRICKSKI's Members Of The Trick series on Sonar Kollektiv. And thus we’re happy to announce the 4th MOTT installment The Flying Squirrel 12”.

MIKE BEIM aka SKWERL is best known to a close knit post nujazz community and Viennese DJ-scene due to numerous gigs in and outside of Austria under the name JAZZYMIKE. He has been fortunate enough to play alongside some big fishes but always had an ear for production and instruments with classical piano upbringing and JACO PASTORIUS ranking top on his personal list for getting him all excited about playing the bass guitar. After some remix projects and demos the big breakthrough came in the form of a kick in the ass by TRICKSKI who, after hearing some of MIKE's more electro oriented adventures contacted regarding a possible release for Sonar Kollektiv and their 12" series Member Of The Trick.

What started as a cute bootleg idea quickly took a turn to the vocal Detroit soul infused builder and the result is All Woman. With powerhouse vocal display courtesy of Ex TOWER OF POWER lead HUBERT TUBBS. An anthem to the producers and singers favorite muse and constant subject of affection and confusion, women. With an opening line like, "come on baby, let's get this party started", how can you say no?
B-side track Betaserc is a tribute to sounds you perceive but can’t quite make out or tell by which part of the body. A hypnotic journey into the aural and neural wirings. Brace yourselves for a floor shake-up when the sirens kick in. A case of the arpeggios of Jericho. Since MIKE always had a penchant for Miami Vice stylistics and an anarchic approach to production he and TRICKSKI quickly found a common ground and so MIKE started gathering material for the release. One thing is for sure, no 2 SKWERL tracks will ever sound the same.
Members of the Trick 12" series goes from strength to strenght. Already the fourth in this blinding series (a mark of its success) TRICKSKI have once again chosen two massive tracks that are guaranteed to rock you from your ears to your feet. TRICKSKI have made a real discovery in SKWERL and one thing is certain he is here to stay and will be definitely heard from again, The Flying Squirrel is just the start of the story.

Bandcamp Daily  your guide to the world of Bandcamp

Cannibal Corpse's George "Corpsegrinder" Fisher stops by for an interview